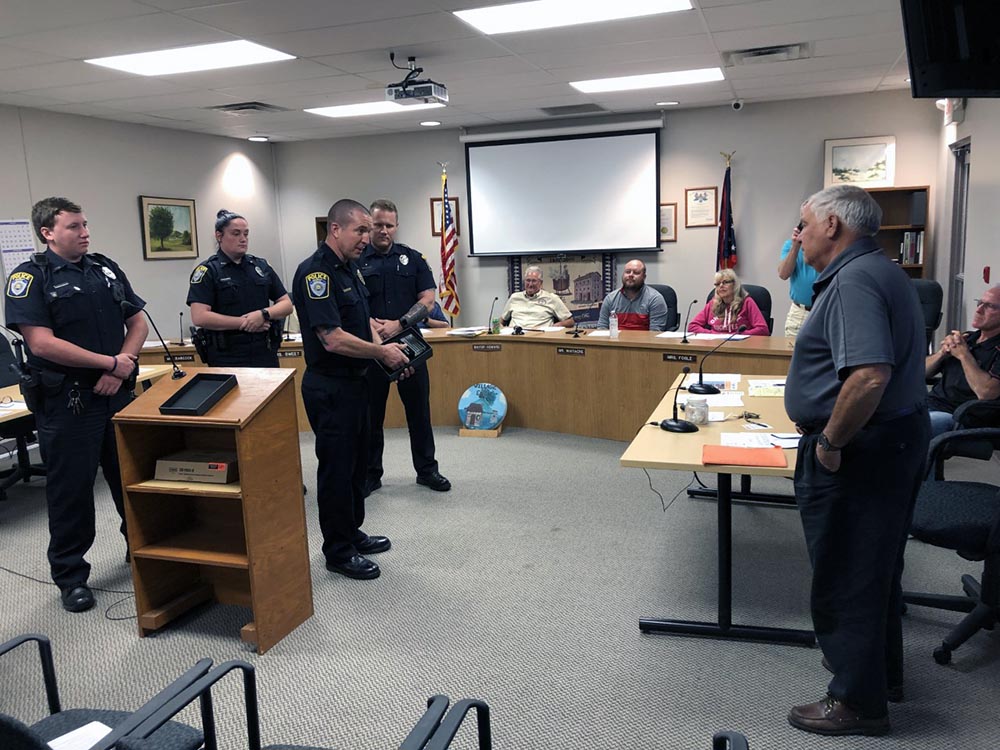 On September 10, 2019 Enon Police Chief Lew Wilcox received a plaque from members of his department in honor of his retirement from the Village of Enon.

Wilcox has spent several years as Chief bringing to the community a new sense of being united whether you live within the Village of Enon limits or in Mad River Township that surrounds the small community.

Listening to his officer’s ideas was key to many of the events that are enjoyed by all throughout the year.  From the Shop with a Cop program that benefits youngsters from the Greenon Local Schools each Christmas season to the annual Car Show, Wilcox agreed it could be worth a try.

He even listened to one silly reporter who thought it would be a good idea to have a drawing for free circus tickets if kids would read books to earn an entry for the drawing.

He was also instrumental in making the community a safer place by working with residents and his officers to respond to reports and to listen when someone had a concern which often brought tips to his department to prevent or solve crimes.

Although Enon is a small town, they have seen their share of drug stops and other dangerous traffic stops due to the direct link from Dayton to Springfield that runs through the quiet community.

Chief Wilcox was always easy to work with for the Enon Eagle and we do miss his weekly reports to help the community to stay informed.

An exact date was not available for his final ride in the squad car around town, but you can send your well wishes to him at the Enon Government Center or plan to attend the September 24 meeting to wish him well as he trades his badge for a well deserved retirement.